Craig Wescoe and the MaxPoint Invitational


Craig Wescoe is a Platinum level pro in the Pro Players Club and has been an author on TCGplayer since 2010. A mainstay on the Pro Tour, Craig has done it all as a professional Magic player, from winning a Pro Tour to being pampered with perks as a Platinum level pro. With the upcoming TCGplayer MaxPoint $50,000 Invitational on June 6th and 7th being one of the largest events of the year, we wanted to sit down with the accomplished veteran and get his take on Magic leading up to the tournament. 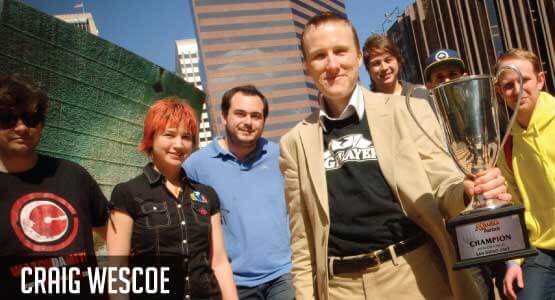 What's the hardest part about playing in a big event like this?
“Staying focused. You have to remember it's a long tournament, so even if you pick up a couple early losses, you're still live to win the event. Similarly, just because you start out winning all your matches in the first half of the tournament, you still have to finish strong to Top 8 or win the tournament.”

What's your favorite part about playing in a big event like this?
“I like the competition and the chance to put my deck to the test and see how it matches up against what everyone else has come up with for the tournament.”

Were you surprised by the reaction to your recent article How to be the Best at Magic? The response was amazing!
“I was pleasantly surprised, yes. Any time I write an article without a decklist or sideboard guide, it's hit or miss. Sometimes I strike out and other times I hit it out of the park. Theory articles are my favorite to write because they're the most personal and they challenge me to conceptualize abstract ideas and communicate these ideas in a novel way that others will be able to understand and relate to. It's one of the greatest feelings as a writer whenever one of these articles gets such a positive response!” 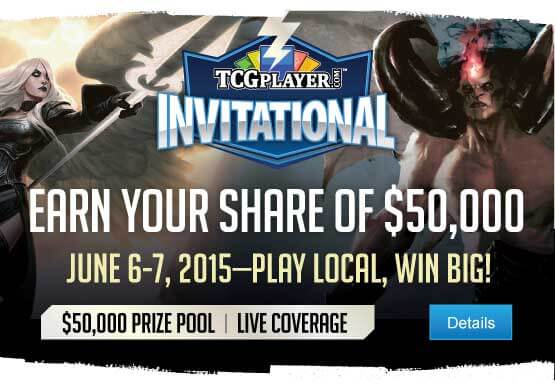 Have you been to Las Vegas before? If yes, what do you like best about it? If no, what are you hoping to see there?
“Yes, I've been a couple times before. I'm hoping to see all my friends and meet some new people. I might also do some outdoor rock climbing at Red Rock if it's not too hot.”

The Invitational is being held a week after the largest Grand Prix in Magic history. What do you think that week will be like in Las Vegas?
“The GP is Modern Masters 2015 Limited, and it means there will be a lot of really strong players in the event since many of them are staying in Vegas for both tournaments.”

What's been your favorite card in the Standard format lately and why?
“Den Protector. It's such a powerful card that can win the card advantage battle against midrange or control decks (especially in conjunction with Deathmist Raptor) and can also be a utility card that allows you to get double the use out of key spells in various matchups.”

What card do you hate to see hit the table on your opponent's side and why?
“Stormbreath Dragon. Protection from white might as well be protection from Craig Wescoe.”

While Deathmist Raptor and Dragonlord Ojutai are definitely the breakout cards of Dragons of Tarkir, are there any other powerful gems that you think are being overlooked?
“Yes, there are a lot of role players that are better or worse for the metagame from one week to the next, especially when it comes to sideboards. For instance, Encase in Ice is great against Stormbreath Dragon, Rakshasa Deathdealer, and Fleecemane Lion, but not so great against Goblin Rabblemaster. On the other hand, Ultimate Price is great against Stormbreath Dragon and Goblin Rabblemaster but not so great against Rakshasa Deathdealer or Fleecemane Lion. Some of the cards in the set really reward a player for accurately predicting the metagame.”

How do you feel about the overall health of the Standard format right now?
“I think it's great! Decks don't just build themselves and there is plenty of flexibility to adapt to whatever the top decks in the metagame currently are.”

Walk me through your deck choice for a big event like the MaxPoint Invitational. Do you go with a tried and tested 75, or try to attack the meta with something unexpected?
“My preference is always to attack the meta with something unexpected, so I'm treating it the same way I do every other tournament. For instance, who's going to expect me to show up attacking with Fleecemane Lion? Ok, maybe that's a bad example.”

What types of decks do you expect to see represented at the Invitational? How will you prepare for them?
“There is likely to be a lot of Esper Dragons, Red Aggro, and various forms of Abzan and Green/Red Midrange strategies. I'll prepare by coming up with a plan against each of these top decks.”

How do you feel about the Esper Dragons list that seems to be hot right now? Is it the deck to beat?
“Yes, ever since its success at the Pro Tour, then GP Krakow, and then at the Regional PTQs, it has been the deck to beat. It's certainly not unbeatable though, so we'll see how things look after this weekend.”

While we don't want you giving away any secrets you might have, what decks have you been leaning toward for the event?
“I played Bant at the Pro Tour and at GP Krakow, and then I tested a GW Collected Company deck for GP Toronto. I may come up with something new for Vegas or I may just modify one of those two decks.”

For anyone looking to play on your level, how much practice would you say they should put in each week?
“You'll get out what you put in, so the more you commit yourself to getting better at Magic, the better you'll become. If you want to compete at the highest level, Magic has to be a primary focus in your life.”

What would you do with your share of the $50,000 prize pool after the event, keeping in mind, you are in Las Vegas?
“I would spend it all on delicious food at Cindy Violette's eatery and juice bar and at the Garden Grill on Rampart Blvd. Hopefully it will be to celebrate a victory!”

We would like to thank Craig Wescoe for speaking with us, and wish him the best of luck at the Invitational this June!